The first cut was from tail to head. Then to expose the internal organs. Two transverse cuts.
Thats the way I would normally clean a fish and it seemed sensible. 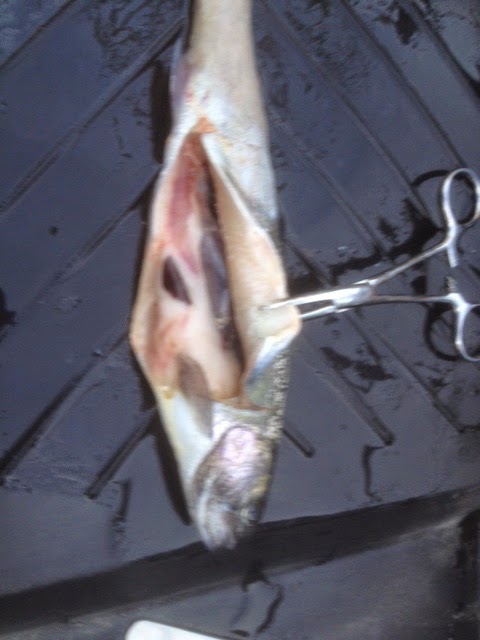 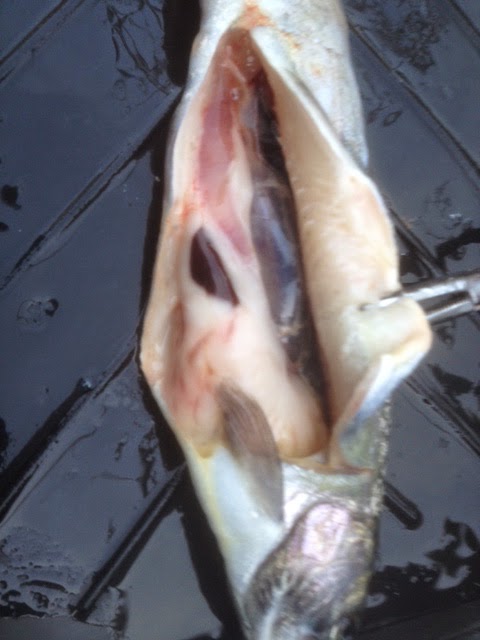 The remaining cuts were to remove first an area of normal scales(skin) and then an  area of infected scales  and lastly an area which covered the change between normal/infected.
The guts and the flesh appeared normal.
Now I had wanted to do this in the kitchen but Mrs Fishcake said NO.

The extra light outside helped with the photo. However the sub zero temperatures may have contributed to camera shake.
I had constructed the microscope to be used with the smart phone out of its case.
In the event I forgot. This may account for some loss of detail.
The three photos from the microscope show those three areas.
In reality in a home situation there is little you can do.