GARLIC and GIN and TONIC

This bed is the middle of a three stack, above watercress below Samphire. I planted the garlic before Christmas. I read somewhere that garlic adapts to local growing conditions. So second year planting is always better. The cloves I planted came from .’earth grown’ garlic about two feet away. So local.
If you look closely at the photo you may see watercress from the bed above seeding itself. I plan to transplant this to other parts of the system.
Day after day the system simply works. It almost boring.
I have built a growing machine.

Long ago my parents had a fish and chip shop.
I grew up with tons of potatoes and stones of fish.
The weight(s) of childhood.
So I know a little about fish batter.
We watched one of those ***** chef on TV.
He was cooking onion rings in, Gin and Tonic batter.
I am too mean to waste gin. So just tonic.
Once a chip pan would have been common in UK kitchens but times change.
Banished to the garden with our electric deep fryer.
Under the purple haze of the useless LED grow lights I now use for pure amusement. I cook.... squid rings! Calamar Al La Romano
What fun! what crispy batter!
Supermarket tonic water and plain flour. slightly thicker than normal.
Wonderful. 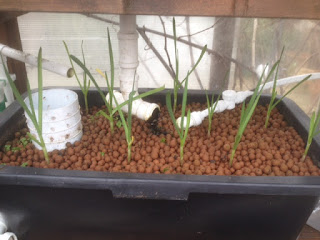 Hi
As the September nights close in here in the UK and the temperature drops its time to look back and assess the year
It is just over two years since I first filled an IBC with water and bought my first fish.
This really has been the first year when I have began to control the system instead of reacting to events.
Fish wise its has been mixed. !4 plate sized trout in the freezer. After the cull in that tank I switched off the pumps and the air and left it for two days.
When I went to drain and clean it one trout was flapping at the bottom.
24*C plus No air he is some tough ********
He now swims in the main tank. The only fish I have at the moment.
The Carp came and went. I had an offer I couldn’t refuse.
Veg wise it has been a phenomenal year.
The early broad beans in the main IBC GB were brilliant.The Spinach alongside them has provide us with constant addition to salads etc.
I replaced the broad beans with Main crop Tomatoes. The crop is good but the perspex roof is about 1 mtre above the GB Not enough height. I could easily get these tomatoes to grow to two mtrs with double the crop. re think for next year.
My four 110mm tubes have been outstanding. More cherry tomatoes than we can eat. ( Tumbling Tom Yellow/Red) I planted marigolds to deter bugs. I probably planted too many. OK we were not troubled by bugs but too many holes for marigolds. Constant fresh flower! Happy wife!
The Courgettes were a disappointment. Loads of flowers but NO fruit. I tried hand pollination with no success.
I have a 60 Ltr pot filled with Clay media. I planted three runner bean plants in it. A great success. We have eaten fresh beans most weeks. When the crop was too prolific we trimmed and blanched and froze them. A real aquaponic success. I have watercress in a 90 ltr oblong pot. We had so much we couldn’t give it away.
The samphire has grown well but not sufficiently to crop. Not sure about this. Maybe as its a perennial needs time.
The main factor has been consistent leafy growth. I need to manipulate the Nitrate levels more for fruits.

All the frustrations of the last two years .All the setbacks are forgotten when I took this picture about five minutes ago.
Marigolds (calendula companion planting) Tumbling tom ( cherry tomatoes) and courgettes. 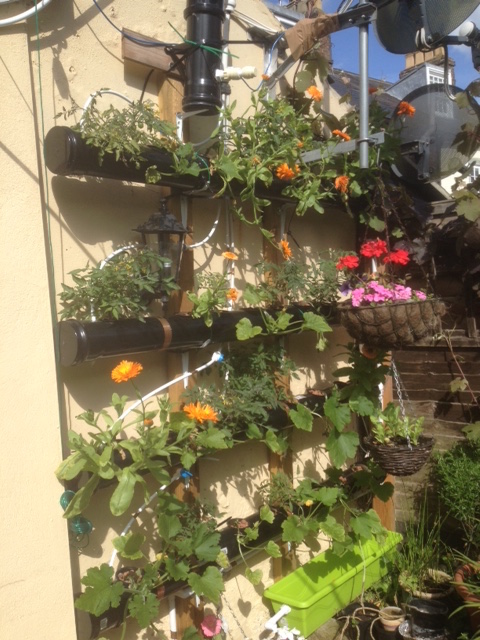 I took these photos this evening.
I picked two bowlfuls of watercress on Sunday. It is growing faster than we can eat.
The samphire has grown but no where near harvesting.
The broad beans have finally finished. Close to four carrier bags of shell on beans.
The runner beans are progressing well.


The tubes are a combination of calendula ( good companion planting for tomatoes) Tumbling tom (cherry toms) and Courgettes. 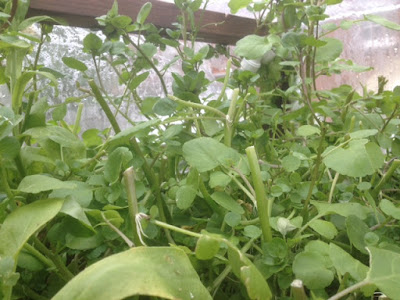 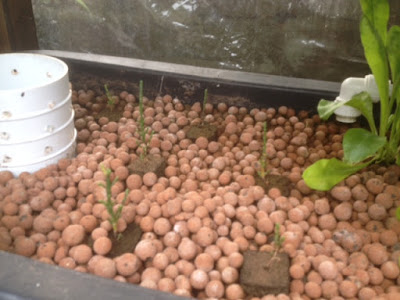 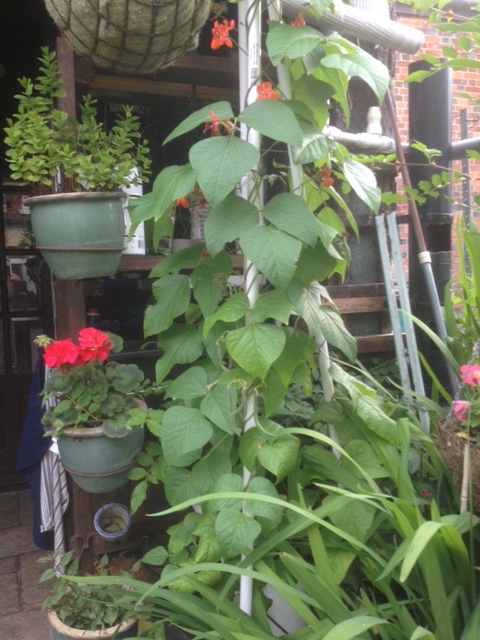 I have been having a bit of a rethink.
I am lucky in that I have three sources of water. Tap, rainwater and my well.
I did a full water test on the well water. All good
The problem was sheer laziness. Moving all the stuff in the kitchen
Getting out the sump pump running the hose etc. Was a PITA.
The little box allows me to manually pump the water I require.
I did have to renew the leather gaskets.
Don’t you just love U tube!


I chose to go with the box rather than a straight tube for a visual check on water quality/debris. 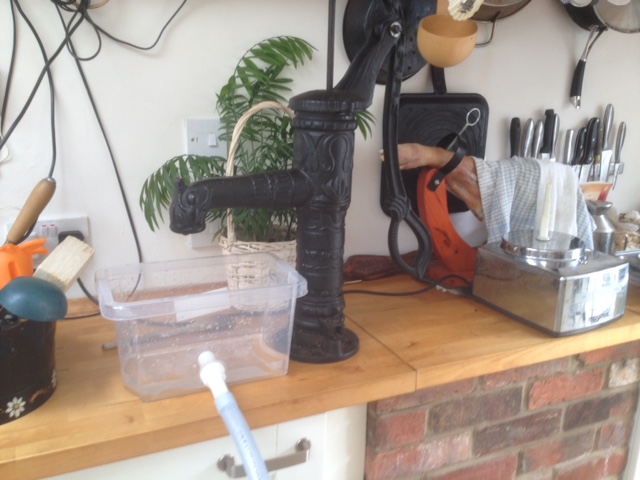