I left describing the construction of the aquaponics system as I was adding a sump tank and a RFF.
I was hoping to bring you up to date slowly but event have intruded.

Last night the air temperature dropped to, -4C
Water temperature this morning in both fish tanks is, 3C
The fish are OK.
I have two fish tanks. In the large IBC four Rainbow Trout and in the smaller 225 ltr tank 30 European Perch fingerlings.
I have a 300 W heater in the Perch tank and slowly the water temperature is rising.
One pump in the sump tank floods the whole system for fifteen minutes every hour.
We call that 15/45. At night to keep heat in the system it stays shut off.
15/45 from 8am until 10pm.
Fish don’t like big temperature fluctuations so slowly, slowly bring up the temperature. 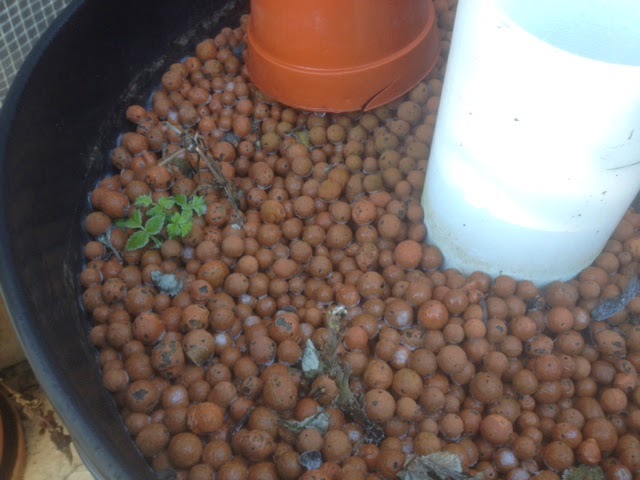 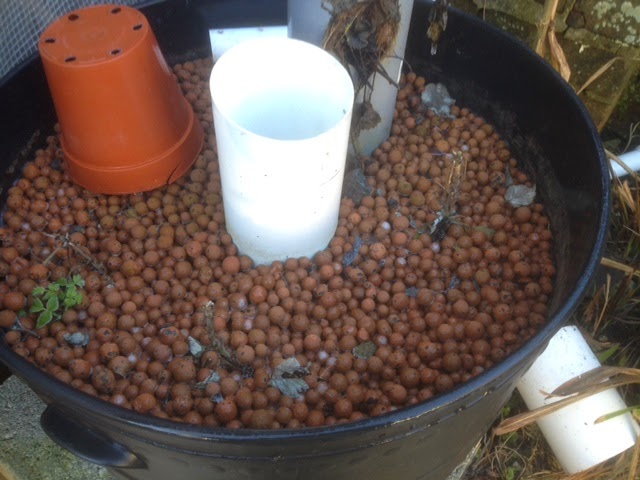 The top of the fruit pot is frozen but the main grow bed is OK. 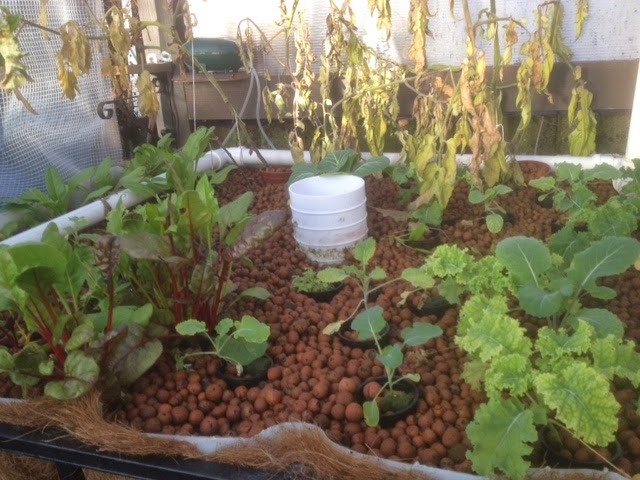