Continuing my interest in samphire I to day tried some cuttings.
In Marlborough we have a Saturday market. It includes probably one of the best Green grocers in the South West. Imported from Israel he told me. English production not commercially viable. I had considered buying from Waitrose but theirs, also from Israel is pre-packed. Also probably injected with Nitrogen to preserve,’freshness’
The market samphire was a bit dull but with a good salty taste.
Using a scalpel I made a diagonal cut just below a node.
Licked it and then dipped in rooting compound.
I was watching the football on TV at the time. It is possible I may have dipped then licked some of the cuttings.
I then put the cuttings into, ‘Rootit’  sponges. These I had previously soaked in warm water. Into which I had dissolved a tea spoon of sea salt.
I decided not to use my heated seed germinator.
They now sit across the kitchen from where I write this.
Under the 20Watt LED light I bought from E Bay.


Sufficient power to germinate seeds but not much else. 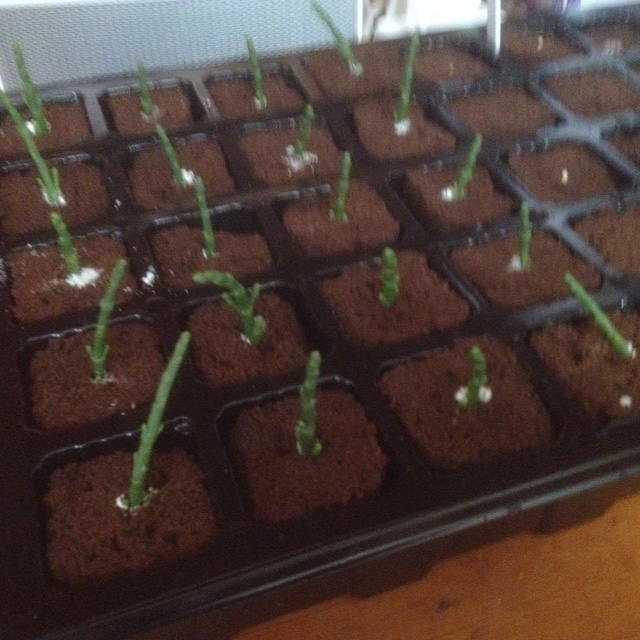