Last year I had many problems with the NFT system.
I was using standard UK square line downpipes. These have many advantages over round tubes and I will continue using them this year.
Leaks,  water level, flow rate and quality are the main obstacles to overcome.
I was using the standard 90*  bends joined  together to give a staircase look to the tubes. However no amount of glue silicone or tape seemed to work. Constant drips.
I bought some square end caps which although they fitted well were still not 100% water tight. I had also planned on using standard 21.5mm tank connectors but this would have meant a constant depth of about 2cm in the tubes.
At one point I considered getting the end caps 3D printed but the cost was prohibitive.
It is important in a NFT system that the water is of good quality. That means very few small suspended solids. These will clog the roots. I built a pre-filter and a bio-filter out of storage boxes and until recently had planned on using them.
My friend ‘Serendipity’ came to visit and it all changed.
I found a cheap 22mm plastic manifold. A standard 22mm input and four equal 10mm outputs. Now instead of the water flowing down a staircase I get an equal flow into each tube. The tubes are on an incline. The high end no longer has to be 100% water tight so my existing end caps work.
At the other end I placed a vertical 110mm soil pipe with slots cut into it to receive the NFT tubes.
The water trickles down this tube and returns to the sump.
It is called a, ‘Trickle Tower’ I filled the inside with plastic bottle tops and eventually bacteria will establish and I have an additional filter.
I am also hoping that this will  additionally function as a cooling tower. Time will tell.

The main pump runs on a 15/45 minute timed cycle. This will not work for NFT tubes.. So I will add an additional pump just for the NFT on constant flow. In the line for this a ‘T’ and a tap with a return to sump will allow me to precisely control the flow to the NFT tubes.
I have continued with the 110 mm pipe. The bend has an access point built in. Slightly below this I have placed another media guard. The remaining  1.4 mtrs are filled with K1 bio media. A final media guard holds this in place. This then flows onto the , ‘sump with the pumps’
In front of this I have laid the 225 ltr olive barrel on its side. Water flows from FT1 through the RFF and into this tank. It then joins the line to the,’ sump with the pumps.’
Once it has settled down I intend to ‘box it’ Make it look a bit prettier.
All that remains then is to install the second pump and the lines to the NFT system.


Oh! and then the new airlines. That is another story. 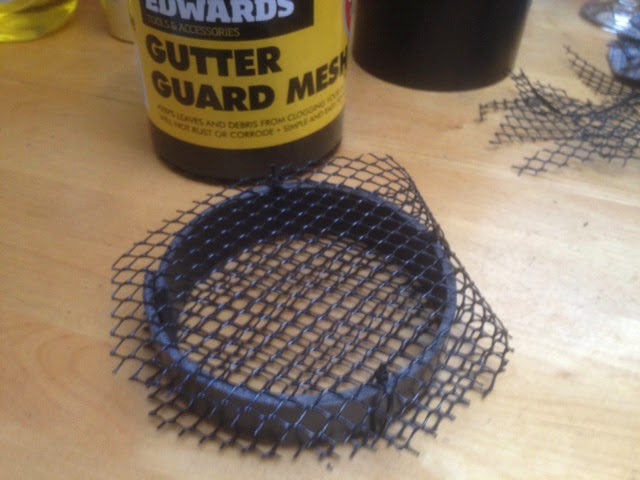